The emergency department (ED) environment poses unique risks to developing moral distress and posttraumatic stress disorder (PTSD) in nurses. This impacts ED registered nurses’ (RNs’) ability to remain resilient. The purpose of this article is to explore the benefit of recognizing the signs and symptoms of burnout, introduce interventions to combat PTSD, and improve resiliency in ED RNs. The use of the wounded healer theory provides a framework to help nurse managers develop strategies such as critical incident stress debriefing (CISD) to address emotional distress.

The nurse walked through the hospital corridor on the way to the emergency department (ED). Her heart felt heavy, and her stomach ached. She quietly prayed, but apprehension continued to build and doubts flooded her mind. Was nursing the right career for her? Overwhelmed and emotionally drained from daily patient responsibilities, she questioned whether she had made a difference in patients’ lives. She stepped onto the unit after report. Telemetry alarms rang piercingly from the room of the complex medical patient assigned to her. She entered the room and saw a frail elderly man trembling in fear. He was tachycardic, tachypneic, and hypotensive. His oxygenation levels continued to decline as he worked to take every breath.

The nurse introduced herself and reached down to touch his cold, frail hand to offer comfort. His rheumy eyes revealed an exhausted individual in excruciating pain. He winced as he was repositioned. The nurse increased his flow of oxygen, enabling him to breathe easier. He nodded and whispered, “Thank you.” As she left the room in search of the physician, she exhaled deeply and wondered, “What are we actually doing to help this man?” As she administered his pain medication, the patient tugged at the stethoscope around her neck and pulled her close to him. He whispered something she could not hear over the sound of the alarms. He pulled her even closer, and she saw the pain and sadness in his eyes. He whispered, “Please be my voice. I am tired and in pain; I do not want anything more.” Tears welled in her eyes as she repeated his wishes back to him. Still holding on to her and with tears in his eyes, he said once again, “Be my voice.”

After discussion with the ED physician, the patient’s code status was changed to do not resuscitate (DNR), and the team initiated comfort measures. With the morphine drip in place, she saw the relief in his eyes and sensed his acceptance of this decision. His wife was quietly crying; the nurse knelt down to look into her eyes and asked her to share a story about her husband. The corner of her mouth turned up in a small smile and she said, “He enjoyed music and dancing.” Throughout the busy shift, the nurse made a conscious effort to round on this patient and family as frequently as possible while they waited for a room assignment. On one occasion, the patient motioned for her to sit at the edge of his stretcher. They shared a quiet conversation and she told him she would pray for him. Tears streamed down both their faces as they shared good-byes. As she left his room, she suddenly realized the level of emotional impact one patient can have on a nurse.

This emotional exchange is just one example of countless similar interactions that ED registered nurses (RNs) around the world are exposed to on a daily basis. Repeated emotionally taxing traumatic experiences cause nurses to be at a higher risk for developing posttraumatic stress disorder (PTSD). ED RNs are especially vulnerable to PTSD because of consistently high levels of stress and trauma in the workplace. It is important to acknowledge that it is the individual’s perception that identifies an event as traumatic (Hood, 2011).

ED RNs are especially vulnerable to PTSD because of consistently high levels of stress and trauma in the workplace.

It is the individual’s perception that identifies an event as traumatic.

PTSD is a serious, lasting anxiety disorder that can develop after exposure to a terrifying or emotionally stressful event (National Institute of Mental Health, 2016). PTSD indicators have been recognized in nurses: Up to 33% of ED nurses screen positive or meet indicators for symptoms of PTSD, compared to 14% in the general nursing population (Hood, 2011). Anxiety, emotional exhaustion, fatigue, irritability, sleeping issues, change in appetite, a feeling of being overwhelmed, and withdrawal from family and friends are some of the emotions and reactions a PTSD victim can experience (Trauma Center, 2003). In the fast-paced ED environment, stress can easily accumulate and coping mechanisms can fail. The combination of cumulative stress and ineffective coping mechanisms increase the risk for moral distress in the ED RN (Wolf et al., 2016). Wolf and colleagues (2016) describe moral distress as a phenomenon in which the nurse is faced with the internal struggle of knowing the ethically appropriate action but is limited by the culture and expectations in the clinical environment. This internal conflict, combined with repeated exposure to stressful events, can lead to symptoms of PTSD.

During the imminent death of her patient, the ED nurse had to continue to provide care for other patients. She was not able to take the time to process her feelings and effectively cope with the emotional strain, and she reacted by suppressing her emotions. Universally, ED RNs are typically too busy providing care for others to recognize the signs of PTSD or emotional distress in themselves; this can lead to decreased resilience. Unaware of the accumulated emotions, the nurse can develop ineffective coping mechanisms to eliminate the memory or sadness of loss (Dunn, Otten, & Stephens, 2005; Tubbert, 2016). Unable to process grief because of emotional trauma, the nurse may use avoidance and compartmentalization, which can lead to burnout and other more severe emotional issues (Gerow et al., 2010).

Conti-O’Hare (2002) developed a middle range nursing theory rooted in the philosophical and psychological wounded healer theories of Carl Jung and Michael Fordham (American Nurses Association, 2016). This theory explores the idea that personal or professional trauma coupled with ineffective coping mechanisms results in unresolved pain. Conti-O’Hare identifies some nurses as “walking wounded” victims. Conti-O’Hare defines the walking wounded as those who have experienced trauma that they have not dealt with, altering their ability to cope with current stressors (Mealer & Jones, 2013). There are three major stages described in the wounded healer theory: the walking wounded, transformation, and transcendence. In the walking wounded stage, the nurse remains physically, spiritually, and emotionally bound to past trauma. Transformation describes the ability to form new perceptions and acceptance of one’s feelings. Transcendence is the ability to discover meaning and emotional growth from the trauma (Mealer & Jones, 2013).

The concepts of this theory provide a context for PTSD among nurses. The nurse continues to deny his or her internal conflicts and projects their wounded emotions onto others, limiting the ability to empathize. If trauma is dealt with effectively, the pain is recognized, transformed, and transcended into the ability to draw on wounded emotions to heal others (American Nurses Association, 2016).

Critical incident stress debriefing (CISD) has been successfully used in emergency services professions as well as in military, airline, and railroad industries after exposure to an unexpected traumatic event. An effective CISD program provides recipients with a team of trained experts who provide support for struggling personnel when traditional coping mechanisms are ineffective or inadequate (Mitchell, 2008). ED settings create unique challenges for CISD implementation because of extreme time pressures.

ED nurses require more than simple stress management techniques. Optimal treatment focuses on individual, environmental, and operational resources. CISD provides a systematic approach designed with a supportive, small homogeneous group intervention for those who have encountered a traumatic event, and aims for group support and cohesion. It is used when an incident has generated strong emotions and reactions in affected personnel and coping mechanisms are overwhelmed (Mitchell, 2008). Elements of “psychological first aid” are employed in the implementation of CISD, such as contact and engagement, safety and comfort, stabilization, and practical assistance with links to support and collaborative services (Gist & Devilly, 2010).

Studies have found that CISD has beneficial effects for police officers, firefighters, emergency personnel, and emergency disaster and welfare workers. One cost/benefit analysis study showed positive effects in nurses, with a dramatic decrease in sick time use, turnover, and disability claims (Mitchell, 2008). Similar to first responders, ED nurses face highly stressful workloads with frequent exposure to death and human trauma, and may benefit from similar interventions.

Informal peer support groups are another strategy to support ED staff experiencing stress. Managers can identify staff who demonstrate effective coping mechanisms and nonjudgmental attitudes. These nurses can be developed as emotional support mentors. A peer support group then can be formulated in partnership with other disciplines such as physicians and other emergency personnel. Nurses who are identified as appropriate to lead peer support groups could then be available on each shift to offer support to their colleagues (Griffin, 2008). In additional, managers can identify resources such as integrative medicine techniques, employee assistance referrals, and/or resilience training for staff (Mealer et al., 2014).

ED nurses face the same stressful events as first responders; yet, many lack the same comprehensive support from peers and managers (Hood, 2011). Elements of CISD programs are beginning to be used in some hospital settings, but outcomes have not been closely examined. Managers should be aware that ensuring the well-being of the nursing staff directly relates to patient satisfaction. Best practice dictates that a manager should be aware of the environment, know when adjustments are needed, and learn from the experiences of the team to develop strategies for future events (Salas et al., 2008). For the nurse in this case study, unresolved emotions accumulated and led to burnout, causing her to leave ED nursing after two years. The nurse is ultimately responsible for the care of the patient, but employers and managers are responsible for the working environment. Employers can facilitate the reduction of workplace stress and ensure the development of resiliency with unit-based support programs. 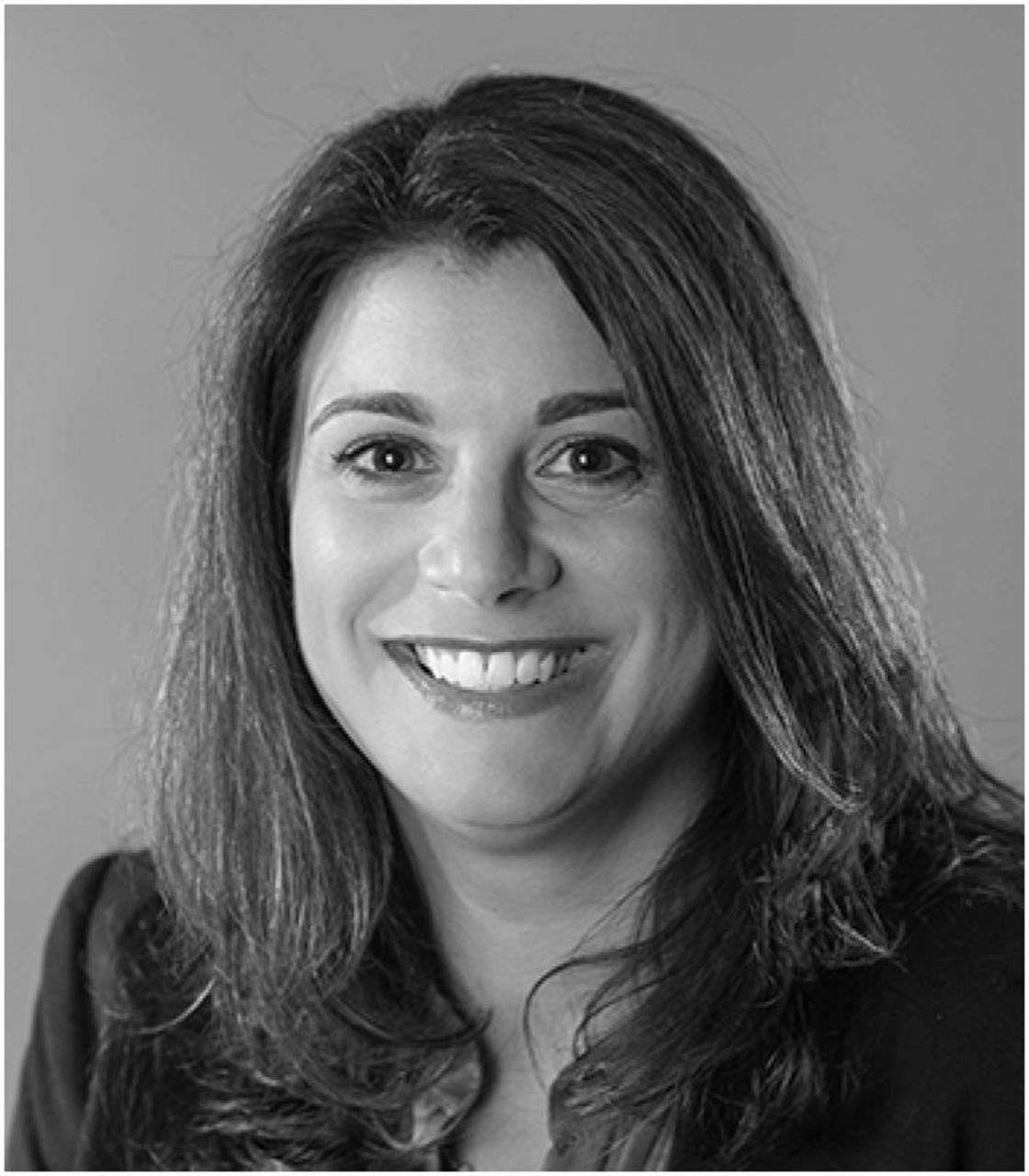 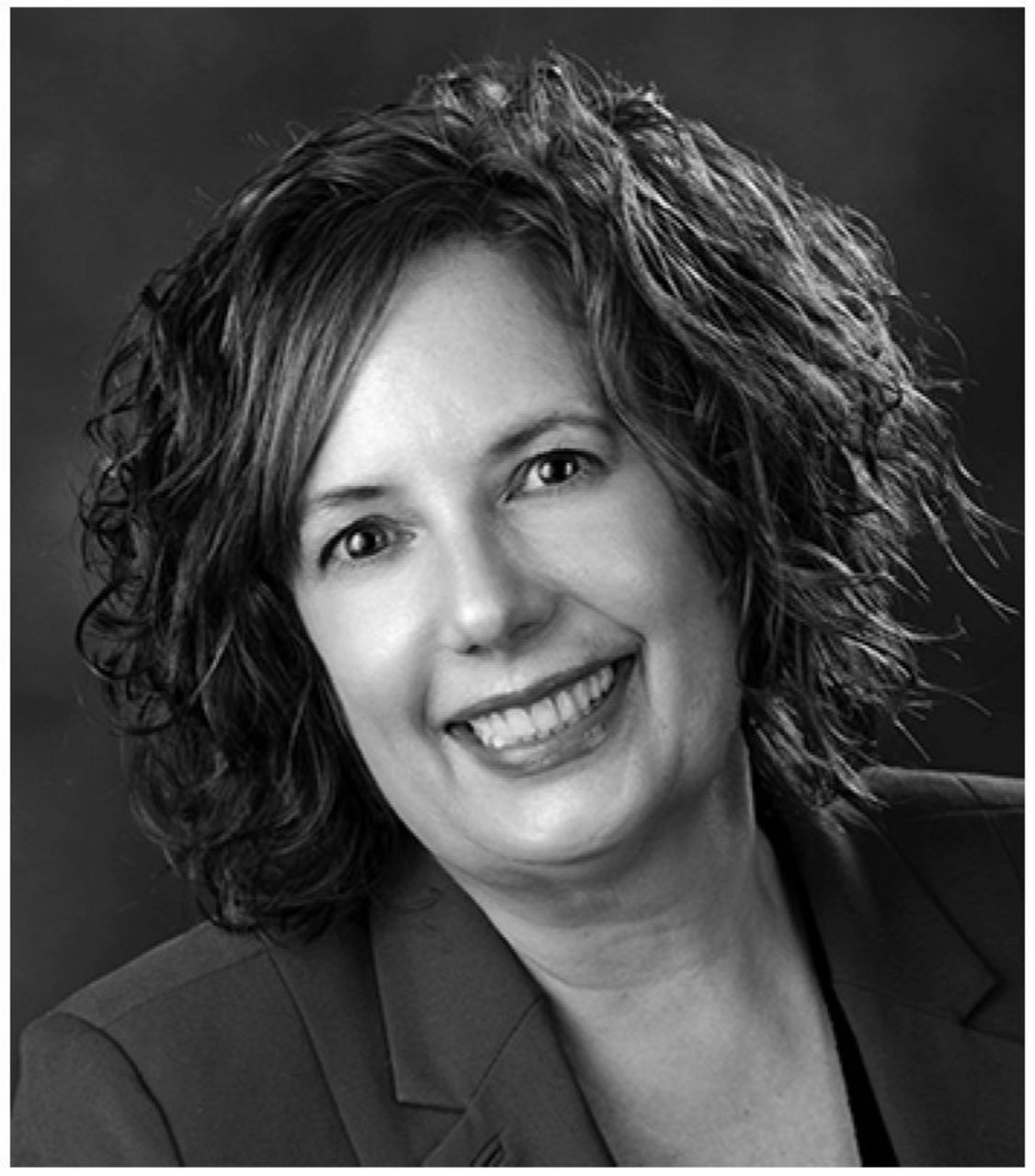 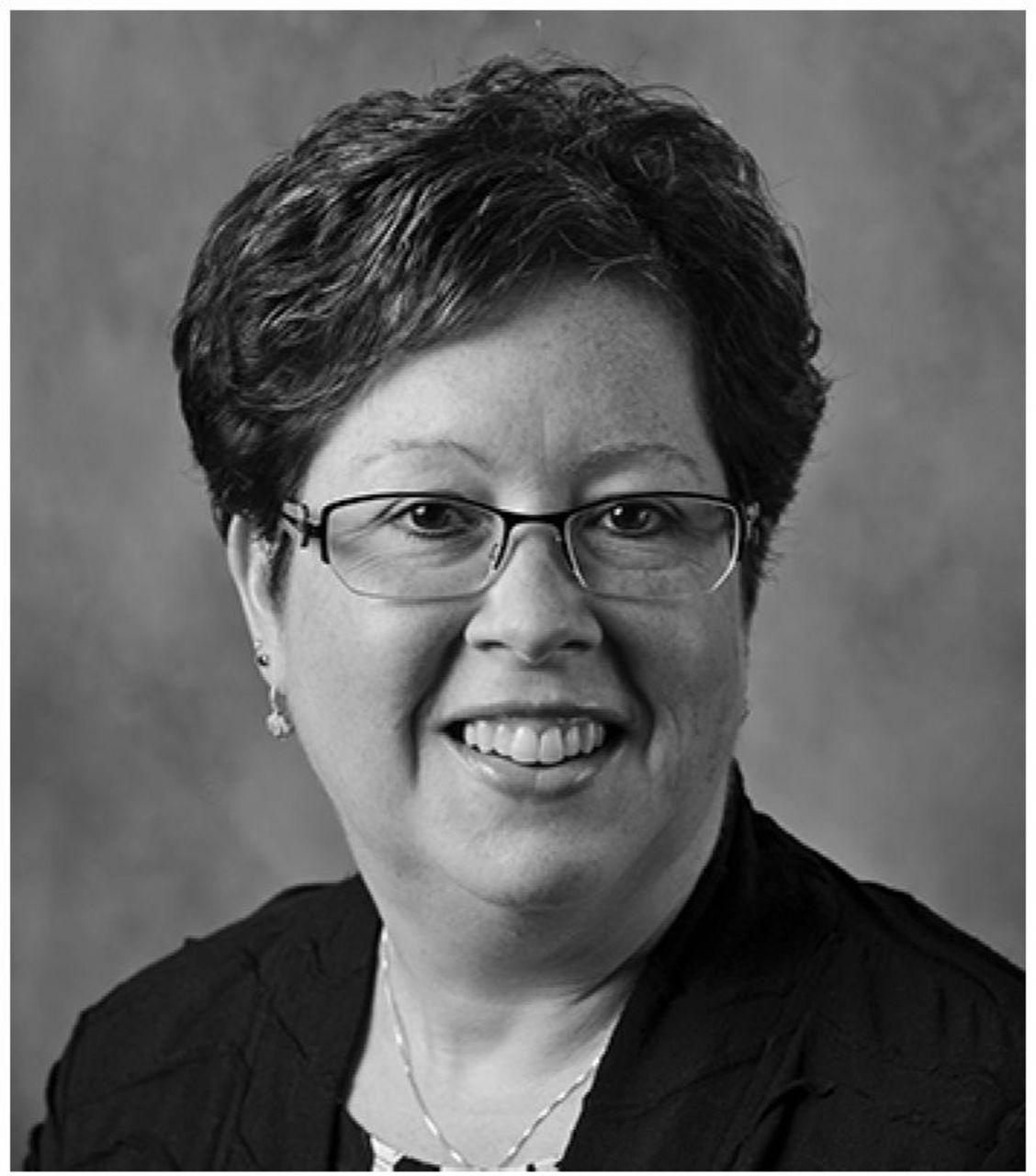 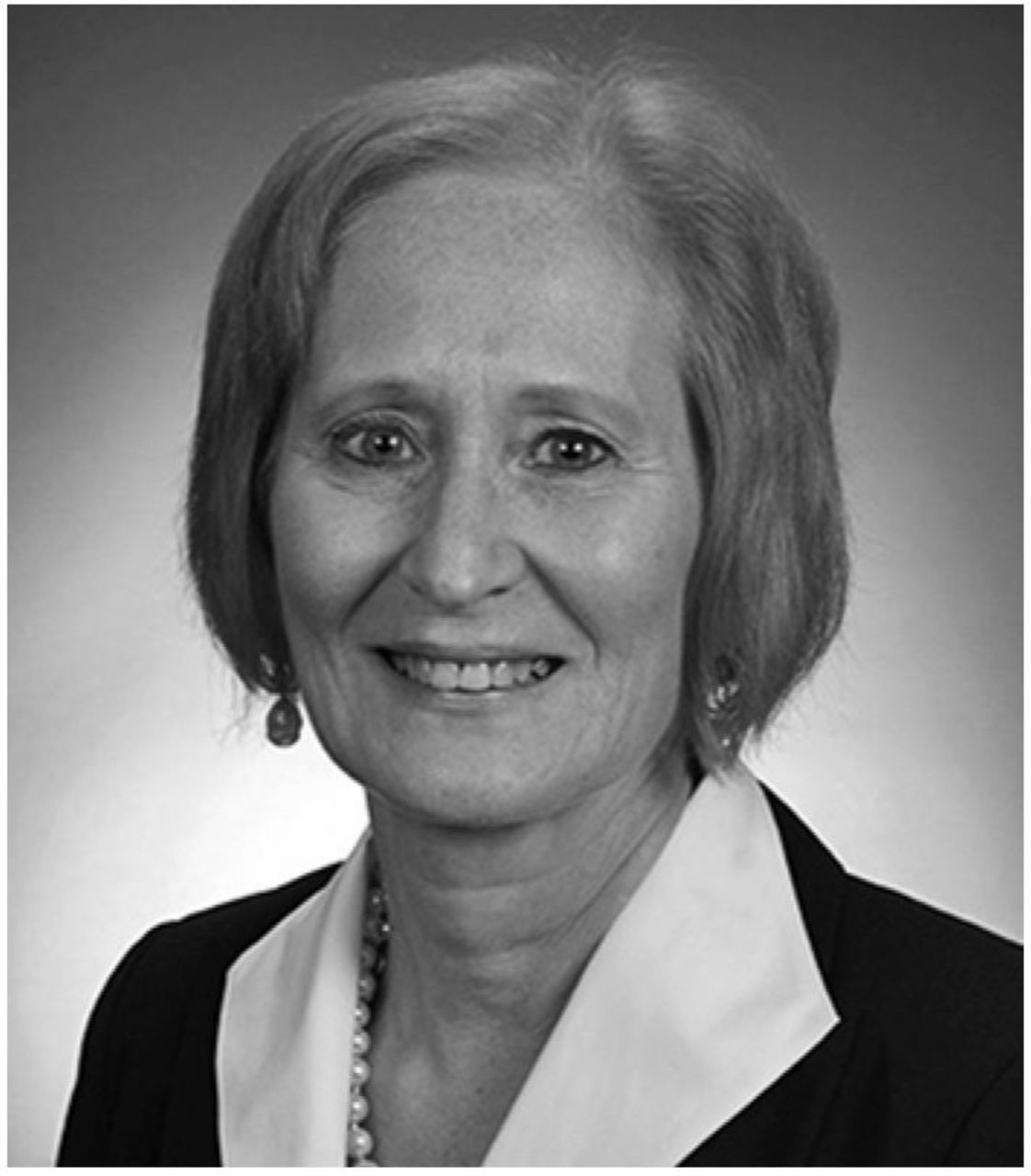 Keywords for this article